If you still see this message after updating your profile, please email our support team
Helpdesk@McMahonmed.comczvrwdadezvyrztyawasbezwcr

In the spring of 2016, patients discharged after undergoing a general surgery procedure at Massachusetts General Hospital left with a prescription for a median of 150 mg of oral morphine equivalent.

Two years later, patients undergoing the same procedures received a prescription for a median of 112.5 mg.

In 10 of the 11 surgical divisions at the Harvard hospital in Boston, the experience was the same—a marked reduction in oral morphine prescriptions with no increase in demand for refills. The biggest changes occurred in pediatric surgery and surgical oncology, where opioid prescriptions given to patients fell by close to half over the two-year period.

What caused the difference? In 2017, quality directors from the hospital’s 11 surgical divisions, with support from the surgical department leadership, designed a comprehensive multispecialty intervention to reduce opioid prescriptions. Their goal was to safely reduce the number of opioid pills prescribed to surgical patients, thereby cutting the number of unused pills that could end up on the black market.

Haytham Kaafarani, MD, MPH, an associate professor of surgery at Harvard Medical School in Boston, led the initiative at MGH and presented the results at the 2019 annual meeting of the American Surgical Association. 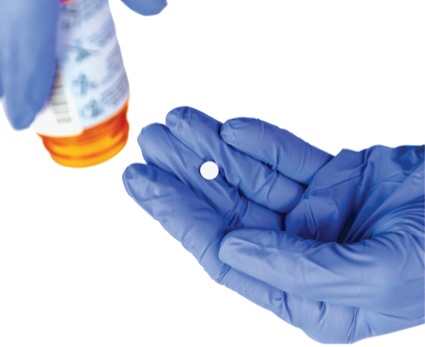 “The initiative was based on the premise that a sustainable change in the culture of postoperative pain management is necessary. Surgeons can become part of the solution for the opioid epidemic by changing the culture of prescribing and thus decreasing opioid diversion,” he said.

At MGH, one year after the intervention was implemented, more than half of surgery patients—52.5%—were discharged without opioids, up from 35.7% (P<0.001).

The initiative can be used as a blueprint for other hospitals that don’t yet have formal programs to reduce opioid prescribing. The MGH experience shows what steps can be implemented immediately to decrease use without affecting patient-reported outcomes, said Clifford Ko, MD, the director of the Division of Research and Optimal Patient Care at the American College of Surgeons in Chicago.

“Evidence is always increasing in the published peer-reviewed literature, and while we always seem to want more, there is probably enough to move forward as evidenced by this work at MGH,” Dr. Ko said.

The American College of Surgeons also offers educational programs on opioid use, targeted at patients and surgeons, he said (www.facs.org/ safepaincontrol).

One of the concerns about interventions to reduce opioid use is that patients will suffer intolerable pain, but this did not occur after the implementation at MGH. The percentage of patients who received opioid refill prescriptions remained the same, at 0.07% before and 0.08% after the initiative.

To change pain management practices, Dr. Kaafarani said the surgical quality committee at MGH believed that opioid prescribing needed to be standardized, providers must be educated and engaged, and patient expectations for pain control had to be addressed. To get there, the committee designed a “one list, one poster and one brochure” initiative. The intervention had four components:

After the intervention was implemented, the median oral morphine equivalent (OME) decreased significantly in 10 of the 11 surgical specialties. The exception was vascular surgery, where although the prescribed OME fell, the difference was not statistically significant. Across the departments, the five most common surgical procedures showed a significant reduction in OME.

The intervention also narrowed the sex and racial disparities in opioid prescriptions. Before the initiative, men received far higher amounts of opioids than women, a difference that disappeared once standardized protocols were in place. Similarly, the racial/ethnic disparities decreased significantly: White patients were prescribed significantly more OMEs than black, Latino or Asian patients before the initiative but not after it.

Dr. Kaafarani said he encourages all hospitals to design their own opioid reduction initiative. “Culture is local, but we would be more than happy in helping any interested institutions.”

The MGH surgical quality committee overlooked fellows in the initial rollout of the intervention. Fellows often rotate across many of the medical school hospitals, and the committee had focused educational efforts on attendings, residents, nurses, nurse practitioners and physician assistants. The omission was clear in the results of the initiative: Looking at opioid prescribing by different health care providers, the only group that did not decrease the amount of opioids prescribed was fellows.

The next challenge will be maintaining the success of the program. One problem with many interventions—for opiates or other issues—is they don’t sustain themselves, Dr. Ko said. “With this particular initiative, it will be important to ensure that the effort is multidisciplinary, has educational components, is evidence-based as much as it can be, and uses data, including patient-reported outcomes.”

Dr. Kaafarani said the MGH team has plans to study patient satisfaction and program sustainability, while further decreasing the number of pills prescribed.

The complete manuscript of this study and its presentation at the American Surgical Association’s 139th Annual Meeting, in April 2019, is anticipated to be published in the Annals of Surgery pending editorial review.

Continuing antimicrobial regimens after surgery does not decrease surgical site infections but may increase acute kidney injuries and Clostridioides difficile infections, according to a new...

COVID-19 (Probably) Coming to a Community Near You

Coming to the hospital on a Sunday morning after a busy Friday night call seems like a schedule that has been outlawed for the residents....
Archives
December 2019
September 2019
June 2019
March 2019
MORE
Copyright © 2004-2020 McMahon Publishing unless otherwise noted. OR Management News News and https://www.ormanagement.net are part of McMahon Publishing. All rights reserved. Reproduction in whole or in part without permission is prohibited.