If you still see this message after updating your profile, please email our support team
Helpdesk@McMahonmed.comaqdytvxxavbzxr

Evidence continues to accumulate on the increased relative efficacy of some therapies for Clostridioides difficile infection (CDI), especially with respect to the prevention of recurrent infection. There are 4 currently approved therapeutic agents for managing CDI: 2 older antibiotics, metronidazole and vancomycin, and 2 newer options, the antibiotic fidaxomicin (Dificid, Merck) and, most recently, a monoclonal antibody against 1 of the 2 major C. difficile toxins (toxin B; bezlotoxumab [Zinplava, Merck]). Bezlotoxumab is given along with one of these standard of care antibiotics to reduce the risk for CDI recurrence, via an augmentation of the host endogenous antibody response against C. difficile toxin B. The antibiotics aim to stop C. difficile growth, and thus toxin production. However, the other crucial issues are whether C. difficile persists in the gut as spores, with the potential to germinate once antibiotic administration has stopped, and the extent of microbiome disturbance that the CDI therapeutic causes on top of the existing dysbiosis. Together, these issues determine the effectiveness of the therapeutic to achieve both clinical cure and prevent infection recrudescence (recurrent CDI). 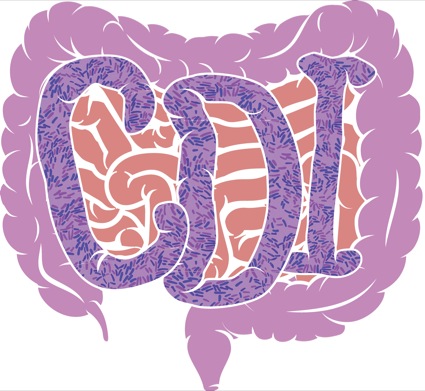 We know that metronidazole, until recently the most common option for treating CDI, is inferior to vancomycin (and almost certainly therefore to fidaxomicin).1-3 Thus, guidelines increasingly advocate the use of vancomycin (or fidaxomicin) rather than metronidazole, especially for the treatment of non-mild cases of CDI.4 Notably, however, fidaxomicin and bezlotoxumab, which is the most recently approved therapeutic agent, have been convincingly shown to reduce the risk for recurrent CDI by 40% to 50% compared with vancomycin alone.5-7 This review focuses primarily on emerging evidence that underscores the efficacy of the newer CDI treatment options, summarizes the new agents undergoing (phase 2 or beyond) clinical trials, and highlights a new focused update of the recently published CDI guideline from the Infectious Diseases Society of America.

A recent randomized, controlled, open-label, superiority, phase 3Ib/4 clinical trial in hospitalized adults aged ≥60 years demonstrated that an extended-pulsed dosing regimen of fidaxomicin (200 mg twice daily on days 1-5, then once daily on alternate days on days 7-25)—comprising the same total dose of antibiotic as a conventional course—can further reduce the risk for recurrent CDI compared with a standard course of vancomycin (125 mg 4 times daily on days 1-10).8 The primary end point was sustained clinical cure 30 days after end of treatment (day 55 for extended-pulsed fidaxomicin and day 40 for vancomycin); 70% (124/177) of the extended-pulsed fidaxomicin recipients versus 59% (106/179) of the vancomycin patients achieved sustained clinical cure 30 days after end of treatment (difference, 11%; 95% CI, 1.0%-20.7%; P=0.030; odds ratio, 1.62 [95% CI, 1.04-2.54]).

Studies in an in vitro model that simulates conditions found in the human colon, and notably the gut microbiome in the context of CDI, provided a rationale for the (above) novel extended dosage of fidaxomicin.9 This gut model, which is primed with pooled fecal samples from elderly volunteers, has proven to be predictive of antibiotic behavior in patients, in terms of both whether antibiotics have high or low propensity to induce CDI and whether novel agents will successfully treat CDI and prevent recurrent infection.10 Gut model experiments showed that pulsed or tapered fidaxomicin regimens may enhance suppression of C. difficile, while allowing microbiota recovery.9 Two other key lines of evidence are pertinent to understanding why an extended dosage of fidaxomicin is particularly effective at reducing the risk for recurrent CDI. First, in both fecal samples from human volunteers and gut model contents, fidaxomicin can be detected well beyond (2-3 weeks) the cessation of dosing, at levels well in excess of the minimum inhibitory concentration of fidaxomicin for C. difficile.11,12 So, extended dosage regimens likely result in persistence of fidaxomicin for longer periods than standard dosing regimens, suppressing recrudescence of C. difficile spores but allowing recovery of gut microbiota populations. Notably, no evidence of the emergence of reduced susceptibility of C. difficile has been seen associated with extended dosage regimens. Second, it has been shown in in vitro studies that fidaxomicin persists on C. difficile spores, whereas vancomycin does not.13 Furthermore, persistence of fidaxomicin prevented C. difficile growth and toxin production. Thus, it is possible that the continued presence of fidaxomicin in the gut after cessation of dosing, coupled with the association of antibiotic with spores, explains why this antibiotic reduced CDI recurrence. Such effects may be exploited by extended dosing of fidaxomicin.8

In a follow-on report to the phase 3b/4 clinical trial, both prespecified and post hoc subgroup analyses were presented to determine whether particular patient groups showed more benefit from the extended fidaxomicin dosage regimen.14 Prespecified subgroups included patient age (60-74 vs ≥75 years); cancer diagnosis (presence vs absence); CDI severity; and number of prior CDI episodes within 3 months before study participation. A post hoc subgroup efficacy analysis was also performed in relation to presence of C. difficile ribotype 027 (vs other ribotypes). The primary end point was sustained clinical cure (initial cure and absence of recurrence) 30 days after end of treatment. Sustained clinical cure rates did not differ significantly between extended dosage fidaxomicin (124/177; 70.1%) and vancomycin (106/179; 59.2%) according to age, cancer diagnosis, CDI severity, or history of CDI. However, in patients with CDI due to ribotype 027, the sustained clinical cure rate was significantly higher in extended fidaxomicin (20/25; 80%) than vancomycin (9/22; 40.9%) recipients (treatment difference, 39.1%; 95% CI, 13.2%-64.9%; P=0.006).14 Such data for a C. difficile type that is associated with poor outcomes, albeit from a post hoc analysis, provide added confidence about the efficacy of fidaxomicin in treating CDI.

In phase 3 trials, bezlotoxumab significantly reduced the risk for CDI recurrence in predefined groups at high risk for recurrent disease and/or poor outcome (≥65 years, previous CDI, immunocompromised, or severe CDI, but not CDI due to ribotype 027).15 Bezlotoxumab was also associated with a significant reduction in the 30-day CDI-associated readmission rate (4.0% vs 9.6%; difference, –5.7%; 95% CI, –8.8% to –2.7%).16 Recent reports have added to our understanding of the efficacy of bezlotoxumab in preventing recurrent CDI. Interestingly, higher host antitoxin B, but not antitoxin A, antibody titers were associated with protection against recurrent CDI, which is consistent with the MODIFY trial outcomes (bezlotoxumab, but not actoxumab, was efficacious).17 In addition, a post hoc analysis of the efficacy rates for bezlotoxumab according to the method used to diagnose CDI in the MODIFY clinical trials found that the magnitude of reduction in recurrent CDI was substantially larger in participants diagnosed by toxin tests (relative difference, –46.6%) than in subjects recruited on the basis of a (toxin gene) PCR test or toxigenic culture (–29.1%).18 Hence, bezlotoxumab recipients diagnosed by toxin testing had a lower rate of CDI recurrence than those recruited by indirect toxin tests (17.6% vs 23.6%). These data show the magnitude of reduction in recurrent CDI achieved by CDI is probably greater t han the headline rate reported in the primary publication of the MODIFY studies.6

A subsequent analysis of the modified intent-to-treat population in the MODIFY studies who received bezlotoxumab or placebo (n=1,554), according to their baseline risk factors for recurrent CDI, recently was published.19 These risk factors were prespecified in the statistical analysis plan: age ≥65 years, history of CDI, compromised immunity, severe CDI, and ribotype 027/078/244. The proportion of placebo recipients who experienced recurrent CDI exceeded 30% for each risk factor compared with 20.9% of those without a risk factor. Also, the rate of recurrent CDI increased with the number of risk factors (1 risk factor, 31.3%; ≥3 risk factors, 46.1%). In a separate analysis, the number of subjects needed to treat (NNT) to prevent a CDI recurrence was calculated (Table). This shows a very low NNT of 2 to 3 patients in those who have 2 risk factors for recurrent CDI, and provide a good basis for patient selection to consider for bezlotoxumab treatment.20 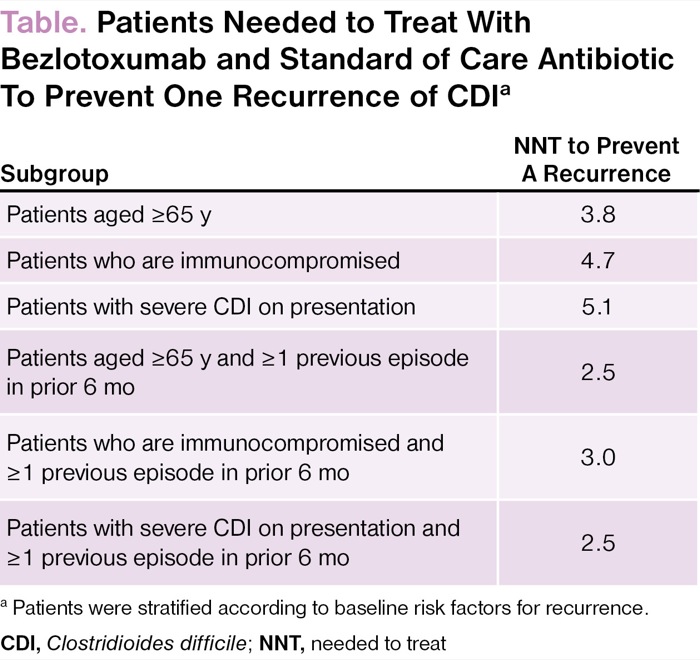 In a real-world study of 46 patients receiving bezlotoxumab in five hospitals in Finland, 71% remained recurrence-free at 3 months.21 Of particular note, 8 patients were awaiting fecal microbiota transplantation (FMT). After stopping the antibiotics that were continued to prevent CDI recurrence (and receiving bezlotoxumab), all 8 patients remained free of recurrence and so FMT was not required. Given that FMT is an experimental procedure while bezlotoxumab has regulatory approval for the prevention of CDI recurrence, this (uncontrolled) observation is revealing. Similarly, in the 2 registrational phase 3 (MODIFY) clinical trials, 11% of patients in the placebo group went on to receive FMT, whereas only 3% of those receiving active treatment had FMT.22 Thus, these data are consistent with the recommendation in the IDSA CDI guideline that appropriate antibiotic treatments for at least 2 recurrences (ie, 3 CDI episodes) should be tried prior to offering FMT.4

The only remaining late-stage (phase 3) antibiotic for CDI treatment is ridinilazole (SMT19969; Summit Therapeutics), which is a novel, nonabsorbable, very narrow-spectrum antimicrobial.29-33 The efficacy and safety of ridinilazole were established in healthy patients and in a recently reported phase 2, randomized, double-blind trial (CoDIFy) comparing 10 days of therapy with either 200 mg of oral ridinilazole twice daily or 125 mg of oral vancomycin 4 times a day.31 Ridinilazole had a superior sustained clinical response rate (66.7%) compared with vancomycin (42.4%). The very narrow spectrum of activity of ridinilazole, and therefore relative avoidance of further gut microbiome dysbiosis, likely contributes significantly to its high efficacy.32-33 Phase 3 clinical trials of ridinilazole versus vancomycin have been in progress since early 2019. 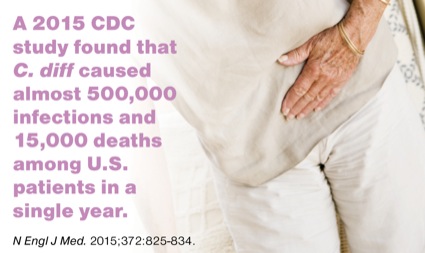 Three other investigational agents to treat CDI have reached the phase 2 clinical trial stage: CRS3123 (Crestone) is a novel diaryldiamine that targets methionyl-tRNA synthetase; DNV383714/DNV3681 (also known as MCB383714/MCB3681; Deinove) is an oxazolidinone–quinolone hybrid (similar to cadazolid); and OPS-2071 (Otsuka Pharmaceutical) is a quinolone.34 It remains too soon to know how effective these agents will be, although only the first of these (CRS3123) has a narrow spectrum of activity, which is likely to result in less collateral damage to gut microbiota.

A treatment-focused update of the 2017 IDSA CDI guideline is underway; this guideline was limited to evidence published up to the end of 2016, and actually was published in 2018.4 Thus, evidence on CDI therapeutics published since 2016 will be reviewed. It is hoped this update will be available in 2020.

Mark H. Wilcox, MD, FRCPath, is a consultant and the head of microbiology research and development at Leeds Teaching Hospitals NHS Trust; a professor of medical microbiology and the Sir Edward Brotherton Chair of Bacteriology at the University of Leeds; the lead on C. difficile infection for Public Health England; and an expert advisor to National Health Service Improvement on infection prevention and control in the United Kingdom.

Copyright © 2019 McMahon Publishing, 545 West 45th Street, New York, NY 10036. Printed in the USA. All rights reserved, including the right of reproduction, in whole or in part, in any form. 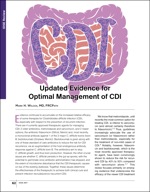 This article is in PDF format and it requires Abobe Reader. If you do not have Adobe Reader installed on your computer then please download and install from the link below.

Hydrogen peroxide foam is an affordable, effective method of disinfecting hospital sinks, according to a new study.

An American dies every 15 minutes from a resistant infection, according to CDC Director Robert R. Redfield, MD, who released the latest CDC update on...