If you still see this message after updating your profile, please email our support team
Helpdesk@McMahonmed.comsefecvqcrwduzurustb

The Doctor–Patient Relationship, Defined by Era

(A friend calls a friend)

Respondent: Sorry to hear that. What did your doctor tell you?

Caller: I don’t really have anyone I can call my doctor. I go to a clinic. They refer to themselves as “a firm.”

Caller: I see one of their providers; I still call him doctor. I rarely see the same provider-doctor when I visit. On my last visit, I saw a young person I had never met before. We went over everything, my x-rays and tests, and I was told that surgery was indicated. 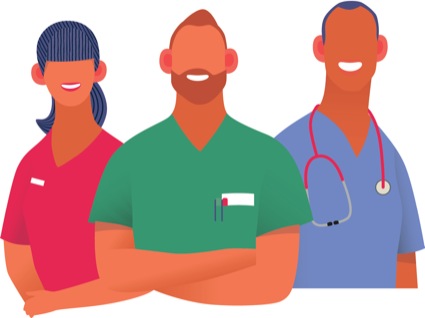 Respondent: Did your clinic recommend a surgeon?

Caller: Not precisely. A surgeon from the firm came in and outlined the surgical procedure, risks and expectations.

Caller: So, so. However, he may not be the one who operates on me. The surgeon I saw made it clear that the firm’s surgical group would do the surgery, and when my surgery was scheduled, depending on the group’s schedule, I would find out who the operating surgeon would be. What do you think? You had the same surgery.

Respondent: I actually met my surgeon during a clinic visit. But, on the day of surgery, with my entire family with me in the preparation area, he never came to see me. We only saw and could ask questions of the operating room nurse and anesthetist. For that matter, my surgeon never saw me, or my family, after surgery. He only came to see me as I was being discharged the following day.

Caller: That certainly does not sound like a good doctor–patient relationship.

Respondent: I’ve heard worse. A friend told me that during his surgery, the surgeon was replaced by another surgeon.

Respondent: Yes. It’s true. Further, he was discharged from the hospital before he felt he was ready to go.

Caller: Did all turn out well?

Respondent: Not really. He developed a wound infection and returned to the hospital with a high fever and was readmitted.

Caller: These things will happen.

Respondent: Yes. But, to satisfy some administrative ruling, he was admitted to the general medicine service with a diagnosis of fever. His surgeon or surgeons were only consultants in his care.

Caller: This is not encouraging. Can you give me some advice? 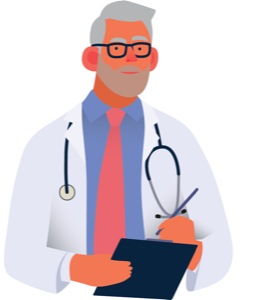 Caller: Thanks. I will.

When health care institutions began to consider themselves first and foremost as businesses, they followed the examples of health insurance providers and pharmaceutical/instrument companies by calling themselves firms. Their doctors became providers, targets for forced conversion from independent or group practitioners to employees, and their patients were designated as clients. The putative clients were never consulted as to their change of status. Is this fair? Members of the public have been, are, or will be, patients. At the same time, most individuals are unaware that it is the majority of the public—the taxpaying, insurance-conscious middle class—that has, is and will pay for medical care under any health care system. Private insurance is paid for indirectly by the public as part of a worker’s total compensation or directly by independent entrepreneurs; Medicare or mandated Medicare for all is funded by taxes on that same cohort. Yet, this majority accepts their status as clients of a company instead of patients of a doctor. The essential health care services that they are funding have transitioned without their representation and consent. They, therefore, must believe that they had or have no choice.

When patients had individual doctors, and, when necessary, individual surgeons, the doctor–patient bond was very strong. The patient called his or her doctor “my doctor,” and the doctor referred to the patient as “my patient.” Patient care ownership was a defining value. The medical profession, as a whole, was relied upon by the lay community for guidance. So when patients (now, clients) look to their doctors (now, providers) for their response to the new world of medical practice, they find general acceptance. The older generation of physicians may not have liked the change in their practice, but with the exception of some—particularly rural general practitioners and surgeons—they have acquiesced to adoption of the shift work surgery model and the resultant diminished continuity of care and accountability. On the other hand, the younger generation of physicians seems to be at peace with the transformation and has even fostered it.

A doctor of medicine is an individual with a four-year college education, a four-year medical school degree, and three to seven years of residency and possibly specialty training, all of which qualify her or him to apply for state licensure, hospital/staff privileges and, for some specialties, board certification. The investment in becoming a medical professional is 11 to 13 or more years of training in the art and science of caring for the health and welfare of others. For surgeons, add the technical ability to perform operative procedures. For all physicians, this process includes the obligation to assume responsibility for the welfare of their patients, often influencing life and death, and certainly quality of life.

My generation of surgeons, the older generation, took personal responsibility for the operative procedure we were entrusted with. On occasions, we may have asked for assistance, but we never abandoned a procedure, regardless of the time it took or its outcome. We did not measure our workday or workweek by the hour. When in town, we always answered a phone call from the hospital. If one of our patients was in trouble during the night, we got out of bed and we went to the hospital. We did not have, or want to have, a hospitalist take care of our patients’ problems. This was our world; we knew no other.

We paid for our lifestyle, and our families did as well. We were often not home for dinner; we were rarely home for breakfast; we were absent from some of the events important to our children; we missed or were too tired for social functions. We had limited time for outside interests and leisure activities; limited maternity time off was provided for the few women surgeons in my generation, and there was no designated paternity time.

The current generation of younger surgeons has different lifestyle and family aspirations. They want the security of a fixed salary, regulated and limited hours of work, scheduled vacations, no off-duty emergency calls, night call only as an on-call time commitment, generous designated maternity and paternity leave, and freedom from billing, collecting fees and managing facilities. For these privileges, they are willing, possibly eager, to share patient care, even in the OR; accept a service policy as to what operations are sanctioned; and abide by institutional business policies as to which patients can be admitted to which service, and when discharged. In other words, they are willing to sacrifice their independence for a job, a job for which they are hired and from which they can be fired.

Of interest, and possibly a sign of the attraction of the current lifestyle of today’s doctor, is the fact that the total number of medical school applications continues to increase. On the other hand, the percentage of medical school graduates who choose a career in surgery has diminished: 12.1% in 1981, 5.3% in 2002 and 7.31% in 2016. Twenty-five percent of national surgical residency positions are filled by non-U.S. medical school graduates. Further, in 2018, of those who became surgeons, 19.1% expressed their regret for choosing general surgery as a vocation.

There are two perceptions of the current generational dichotomy I keep reflecting upon: A good friend, a retired British surgeon, commenting on the change of perception in the younger generation, states, “They don’t have the fire in their bellies.” On the other hand, a young graduate of our residency program, now employed by an outstanding local hospital, is very pleased with his status and sums up his perception by stating, “The arrangement makes me feel free to concentrate on being a surgeon, and my income is not dependent on the income of my patients.”

Broadly, before the turn of the century, the accepted role of medical administration was to facilitate health care for physicians, and, in an academic institution to assist faculty in the education of future health care providers. Administrators cooperated with an institution’s medical personnel, listened to their needs and aspirations, and worked to bring them to fruition.

Today, in many institutions, administration has been replaced by administocracy, a term I coined to represent top-down, autocratic control of an institution by a cadre of individuals who have designated themselves as “the leadership.” Administocrates have set themselves apart from the workers, the true toilers in the vineyard of compassionate patient care. And they have multiplied, with an increase of 3,200% between 1975 and 2010. They also isolate themselves from the health care providers, the faculty, some refusing to meet with them to listen to their perceptions. Their primary objective seems to be the attainment of unquestioned power. They believe that their performance will be measured by the financial profits obtained.

I’ve been told a story that some years ago—at a well-known academic institution—members of the department of surgery were, in the eyes of the administration, “acting-up.” The vice president for finance, formerly the manager of a chain of supermarkets, suggested that the way to deal with the situation would be to sweep the current faculty off the shelf as one would eliminate rotten produce and replace them with a fresh product.

Will the status quo remain the status quo? Will we readopt the tenets of patient care, professional status and administrative services of a generation past? Will the future of health care be governed by elements essentially new?

I believe that the future will be dictated not by providers (doctors) or administocrates (administrators), but by overwhelming patient experiences and by data and public (patient-client) awareness of the statistics of health care. If the current status quo provides excellent health care, it will remain the status quo. If the quality of health care diminishes, if the national indeces of mortality and mobility decrease and lag behind those of other nations, the public will eventually be heard from. They will demand that government address qualitative health care. (The 2020 presidential candidates speak only of access to quantitative health care.)

While I prefer the mores and standards of my generation, I realize that the current goals and aspirations of our surgical residents and practitioners may prove to be successful in providing both quality health care and a better lifestyle for the current and upcoming generations of practitioners. I don’t believe, however, that administocracy is healthy and, in the long run, productive. In our work as surgeons and doctors, I believe that the independence to practice our profession is vital in making critical patient decisions and is cardinal in creating joy in the process.

Dr. Buchwald is a professor of surgery and biomedical engineering, and the Owen H. and Sarah Davidson Wangensteen Chair in Experimental Surgery (emeritus), at the University of Minnesota, in Minneapolis. His articles appear every other month.

Hydrogen peroxide foam is an affordable, effective method of disinfecting hospital sinks, according to a new study.

An American dies every 15 minutes from a resistant infection, according to CDC Director Robert R. Redfield, MD, who released the latest CDC update on...