If you still see this message after updating your profile, please email our support team
Helpdesk@McMahonmed.comvsqewdcrvwwyctzxwxtxccracdvytwtq

In Findings That Will Surprise No Physician, It’s A Lot; Studies Link Time Spent to Burnout

“We hope to raise more awareness about how our time is spent as we care for patients,” said Morgan Cox, MD, a general surgery resident at Duke University Medical Center, in Durham, N.C. She presented the study findings at the 2019 Clinical Congress of the American College of Surgeons. 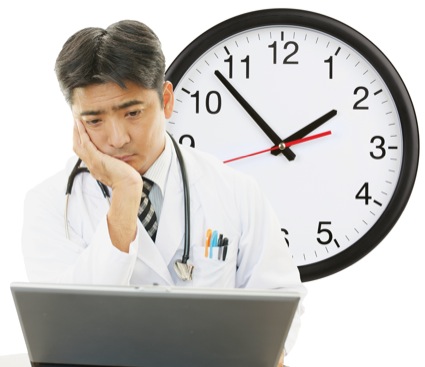 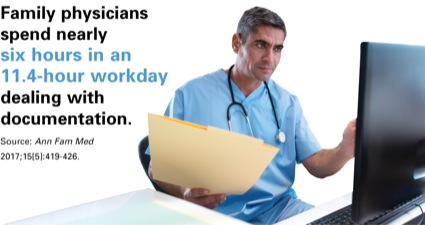 These frustrations exacerbate physician stress levels and burnout, research has shown. In the same survey where physicians gave EHRs a failing grade, investigators found a strong dose–response relationship between EHR usability and burnout.

Another study, published this summer, looked at physicians in a multispecialty practice and found that doctors who received a higher number of in-basket messages by the EHR were more likely to experience burnout and had an increased intention to reduce their clinical workload (Health Aff [Millwood] 2019;38[7]:1073-1078).

In an essay in The New York Times last fall, Emily Silverman, MD, an internal medicine physician in San Francisco and the host of the podcast “The Nocturnists,” wrote of the Epic record system: “We are met with relentless reminders of tasks we haven’t completed, supplications to correct our documentation for billers, and daily, jaundiced reminders.” She quotes the message frequently delivered by Epic: “You are currently deficient.”

But the shortcomings in the technology have never been addressed. In an article in Nature this fall, John Halamka, MD, the executive director of the Health Technology Exploration Center at Beth Israel Lahey Health, in Boston, who was part of the working group that helped develop regulations for EHRs, was quoted as saying: “Our trajectory of getting from 20% adoption to 90% adoption was very good,” but the usability of the resulting systems was “not so wonderful.”

Dr. Erdahl said change needs to happen quickly. Physicians and other health care workers are burning out, leaving their practices, and taking their own lives at alarming rates. “This is a crisis in our practice, and resources must be put in place to address it.”

Health care organizations need to commit more time, money and personnel to reducing the burdens on physicians, she said. Efforts are underway to improve technology to support EHRs. In December, Amazon introduced a virtual medical scribe, Amazon Transcribe Medical, which can transcribe doctor–patient interactions and upload the text straight into the medical record. At the time of publication, no details were available on how Amazon will ensure its tool is HIPAA-compliant and accurate. Nuance Communications Inc., together with Microsoft, and Google also are working on developing their own “digital scribes.”

Other research has shown that EHR use may disproportionately affect female physicians. They spend more time on it, according to a report in November in the digital journal NEJM Catalyst Innovations in Care Delivery. In an analysis of 1,336 physicians, female physicians spent more time on EHRs after work hours and on days off (including weekdays and weekends), documented longer notes (with greater use of the copy/paste function), and addressed a higher percentage of patient contacts within 24 hours (https://catalyst.nejm.org/ ambulatory-ehr-patterns-physician-gender/).