If you still see this message after updating your profile, please email our support team
Helpdesk@McMahonmed.com
axzwbwtcyyvcsqbfbaeeeuexsaettxxuwzaf

Self-Assembling Peptide Achieves Hemostasis Even in Patients on Anticoagulants

All surgeons encounter bleeding from injury to blood vessels that needs to be staunched, and doctors may soon be able to do so with the application of a self-assembling material being developed by a small New England biotechnology company.

The product contains a single synthetic peptide sequence in powder form that, when dissolved in water, becomes a liquid with a consistency similar to a hand sanitizer. Applied to a wound, it assembles immediately, forming a clear barrier that quickly stops bleeding even in the presence of antiplatelet agents.

Based on a technology licensed from the Massachusetts Institute of Technology (MIT) and Versitech Ltd., AC5 is a platform of self-assembling peptides being developed by Arch Therapeutics, a company devoted to interventional wound care. Their first product, AC5 Topical Gel, was recently cleared by the FDA.

The concept started as a project at MIT Deshpande Center for Technological Innovation. “I learned of it when a renowned former professor of mine invited me to volunteer with the Deshpande Center and gave me a list of projects to consider,” said Terrence Norchi, MD, the president and CEO of Arch Therapeutics. 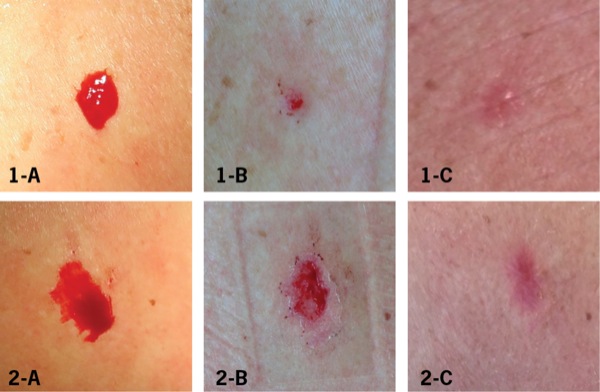 “I selected one that was described very simply as, ‘We have this young professor who seems to have developed something that stops bleeding in the liver.’ That was it. Period.”

Intrigued, Dr. Norchi met with the inventor, Rutledge Ellis-Behnke, PhD, who had a long-running interest in finding ways to get disconnected parts of the body to reconnect after injury. With a particular focus on the central nervous system, Dr. Ellis-Behnke had spent years researching materials that would create a conducive environment for regeneration.

“The idea of self-healing systems was already out there, and I started looking at different materials. I needed something that would be there for a short period of time and then disappear, and end up being a building block for that tissue,” Dr. Ellis-Behnke said.

He finally settled on a class of materials called self-assembling peptides. With the help of the peptide facility at MIT, he developed a substance that apparently reduced inflammation, preserved tissue in the local environment, and did not allow for typical scar formation. It also stopped bleeding quickly. 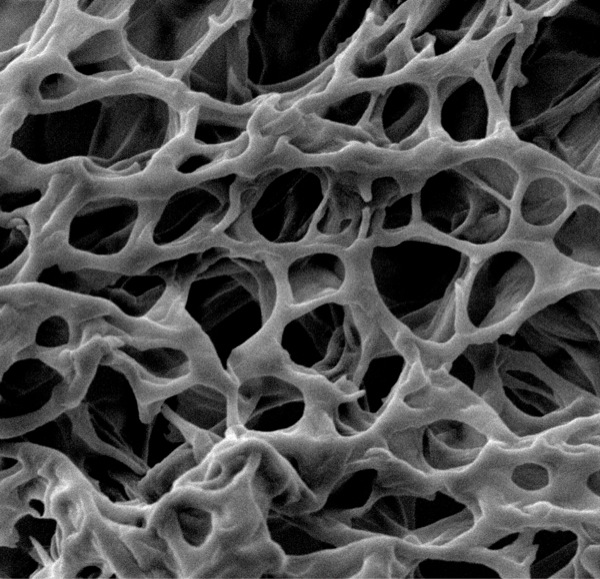 “Taking it one step forward, if the material is interacting with the clotting cascade and you impair that by anticoagulating the animal, it seems it would extend the time for the bleeding to stop. But I didn’t see that,” he said. “In fact, it worked equally well when the animals were given anticoagulants.”

AC5 assembles on contact with any charged surface, whether that surface is a wound or the lunch on your plate, and is categorized as a device by the FDA.

“To answer the question of how a liquid consisting of a peptide dissolved in water can be considered a device, it meets the FDA’s criteria of requiring neither metabolic nor chemical activity of the body to achieve its desired effect, our desired effect being self-assembly,” Dr. Norchi said. “Basically, it’s a rearrangement of peptide units from an unstructured configuration to a structured configuration. It doesn’t need bodily chemical activity or metabolism, simply exposure to ions.”

On or in a wound, compositions from the AC5 platform look crystal clear, but at the microscopic level it looks like a network of extracellular matrix, with fibers that can be 4 to 5 nm in diameter and 15 to 20 nm long. The fibers wind around one another to create an entangled network. “The network sticks itself into the interstices of disrupted tissue to create a barrier,” Dr. Norchi said. “The bleeding stops, the leaking stops, and it allows for normal healing.”

The first clinical trial evaluated the safety and performance of the same self-assembling peptide that is in AC5 Topical Gel in 46 patients undergoing shave excisions of seborrheic keratosis. Ten of the patients were on antiplatelet therapy (aspirin). Each patient underwent two shave excisions, one of which was treated with the peptide and the other was not. Safety assessments, which were the primary purpose of the study, were similar for AC5 and the control treatment, and wound scores reflected normal healing in both wound groups. Time to hemostasis (TTH) was about 41% faster in the treated excision than in the untreated one, with a mean TTH of 24 seconds compared with 40 seconds. The difference between the two groups was amplified in patients on anticoagulants, whose TTH also was 24 seconds in the treated excision but 90 seconds in the control excision. The authors concluded that the product provided safe and effective hemostasis regardless of whether patients were on antiplatelet therapy (Dermatol Surg 2018;44[7]:939-948). 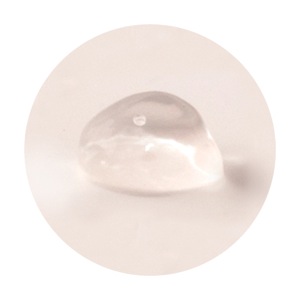 Dennis Paul Orgill, MD, PhD, a professor of surgery at Harvard Medical School and a plastic and reconstructive surgeon with Brigham and Women’s Hospital, in Boston, is intrigued by the idea of using self-assembling agents in his work.

“We have a number of bleeding issues in patients. One is that when we suture blood vessels together, the small needles we use cause bleeding, or we have little gaps in the vessel wall. So having an adjunct to the suture to stop the bleeding would be very nice,” Dr. Orgill said.

“The other point is that more and more of our patients need to be on anticoagulants, which makes it challenging to control bleeding when they undergo surgery. Having a novel tool to stop bleeding in this growing population will be a big advantage.”

At present, the FDA has cleared AC5 Topical Gel as a dressing for partial and full-thickness wounds, including surgical wounds and diabetic foot ulcers. The company anticipates broadening the product label to include hemostasis, has submitted an application for CE marking in Europe for a comparable label, and is planning clinical trials to support the use of its products in internal surgical procedures.

“Our intention is to have other indications detailed on the label,” Dr. Norchi said. They are currently building inventory, and expect AC5 to be available later this year.

Surgeons around the world are applying a robotic surgery platform to increasingly complex procedures and documenting their experiences. But few reports involve esophagectomy, and those...