If you still see this message after updating your profile, please email our support team
Helpdesk@McMahonmed.comydbweewbttfxravddvetf

More than one in 10 duodenoscopes remain contaminated even after they are reprocessed following protocols established by the manufacturer, researchers have found. And a second round of cleaning helps only a little: When researchers reprocessed the contaminated scopes again, nearly one in seven remained contaminated.

Keeping scopes clean is a struggle, but these findings show that even when facilities follow instructions to the letter, they often fail, said Jacob Mark, MD, the medical director of the Pediatric Pancreas Center at Children’s Hospital Colorado in Aurora, and first author of a study that looked at the issue. “This is another piece of data that shows that following manufacturer recommendations does not guarantee that scopes are clean,” Dr. Mark said. “This is important to know when considering procedures and discussing risks with patients.”

As the researchers reported (2019 Digestive Disease Week abstract Sa2047), after reprocessing scopes 141 times, 11.9% of the initial cultures were positive. Among the second cultures, five of 36 (13.9%) were positive; two of eight (25%) of the third cultures were positive. None of the patients who underwent procedures with the reprocessed scopes developed significant infections requiring antibiotics after endoscopic retrograde cholangiopancreatography (ERCP).

Given how difficult it is to keep duodenoscopes pristine, Dr. Mark recommended that providers check them as often as possible, to catch contamination before it hurts patients. “We found that the practice of culture and quarantine of every duodenoscope after use identified contaminated duodenoscopes and allowed targeted repeated cleaning until the duodenoscopes were found to be free from contamination and safe for patient use,” Dr. Mark said. “The more surveillance that we can do, the more likely we are to identify problems earlier.” 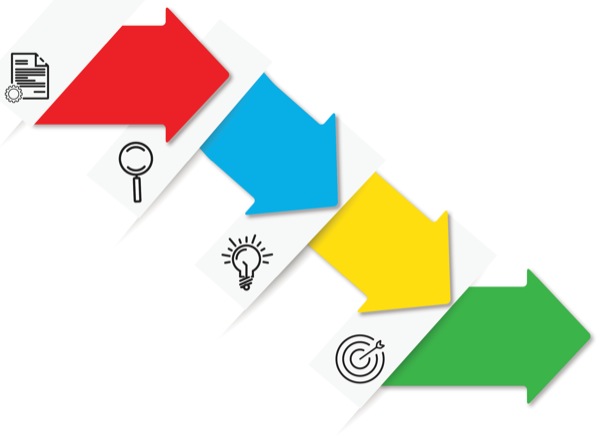 Research has shown how difficult it can be to properly reprocess endoscopes and duodenoscopes, putting patients at risk for potentially life-threatening infections (Endoscopy 2017;49[11]:1098-1106). Although manufacturers and federal agencies have suggestions for how to reprocess scopes—including precleaning, manual cleaning, visual inspection, and disinfection or sterilization (www.cdc.gov/ hicpac/ recommendations/ flexible-endoscope-reprocessing.html)—how well these instructions work is unclear. “Recommendations have been made, and yet there’s really not a lot of data on how effective they are in clinical use,” Dr. Mark said.

During the study, Dr. Mark and his team followed the manufacturer’s reprocessing instructions for three types of Olympus duodenoscopes. These consisted of immediate bedside cleaning followed by manual cleaning, as well as two cycles of high-level disinfection, which the manufacturer stipulated should include automated reprocessing with 22% hydrogen peroxide and 5% peroxyacetic acid, 4.3% trisodium phosphate and detergent, and 70% isopropyl alcohol and drying.

To test how well this approach worked, the researchers brushed for cultures from the scope’s distal tip, including the elevator mechanism, and flushed sterile water through the working channel; all scopes were quarantined for 72 hours until the results of the cultures were obtained. The culture result was considered positive if the scopes had at least 10 colony-forming units (CFUs) of low-concern organisms (coagulase-negative staphylococci, micrococci and gram-positive rods), or any CFUs of more concerning organisms, such as yeast, Staphylococcus aureus, enterococci or gram-negative enteric bacilli. A scope with a positive culture was cleaned, tested and quarantined again; if it was positive after the third round of high-level disinfection, the researchers returned the tool to the manufacturer for assessment.

Most of the cultured organisms (98%) were gram-positive, which pose less of a risk to patient health. “That I think is somewhat encouraging,” Dr. Mark said. “But it’s also not zero, which is what we would really like.” The most likely reason bacteria persist, he said, is a “design issue” that most providers are aware of, specifically, the elevator mechanism, which is particularly difficult to clean and seems to put these devices at higher risk for contamination. Alternatively, he said it’s possible that skin flora from technicians who handle the scopes may contaminate the tools during reprocessing.

The findings are worrisome, said Dr. Mark, because many facilities struggle to follow the manufacturer’s recommendations for reprocessing scopes. What’s more, larger centers perform more than 1,000 ERCPs per year, and cannot culture and quarantine each for 72 hours to wait for results without significantly increasing inventory. “There’s significant costs associated with culturing the scopes after every use,” he said.

One potential solution—sterilization to kill all viable microorganisms—can be expensive to implement, according to Lawrence Muscarella, PhD, the president of LFM Healthcare Solutions LLC, based in Montgomeryville, Pa., who did not participate in the study. Providers have long known that duodenoscopes, with their many moving parts, are notoriously difficult to clean. The FDA has suggested sterilizing duodenoscopes whenever possible, but some sterilization technologies are not cleared for duodenoscopes, and generally require additional resources and training. If providers conclude that sterilization is not an option, the agency recommends that facilities consider performing high-level disinfection again, among other measures.

“The FDA has said you can’t eliminate the risk of contamination, but adopting supplementary measures—culturing, sterilizing or repeating high-level disinfection—will reduce the risk of multidrug-resistant infections,” Dr. Muscarella said. “And if the scope remains persistently dirty, the facility may have to remove it from clinical use.”

It’s also up to providers and researchers to help raise awareness of the ongoing problem of scope safety, Dr. Mark said. “Ultimately, what we all want is to come up with a way to eliminate the risk of duodenoscope-transmitted infections. I think this study is just a little piece in that overall goal.”

Dr. Muscarella reported work for Ambu, and is a consultant to a gas sterilization manufacturer. Dr. Mark reported no relevant financial conflicts of interest.