If you still see this message after updating your profile, please email our support team
Helpdesk@McMahonmed.comfaacaufw

A Peek at Emerging Surgical Technology

Baltimore—A virtual reality tour of a hospital and an OR “black box” device to analyze aberrations during surgical procedures were among the novel ideas presented during an emerging technology session at the 2019 annual meeting of the Society of American Gastrointestinal and Endoscopic Surgeons.

A virtual reality hospital tour may be a promising tool to reduce the anxiety that patients with colorectal cancer may face before surgery, physicians at the Hospital ClÍnic de Barcelona in Spain have found (abstract ET004). The gastrointestinal surgery department there wanted to create a virtual reality program to allow patients to experience every stage of the operative process in a stress-free environment, said study co-author Romina Pena, MD, a fifth-year general surgery resident at the hospital.

The team created a video tour of the hospital environment that guides patients on the path they will take the day of surgery. This includes a view of walking into the hospital entrance up to the surgery floor; meeting with staff; seeing one of the surgeons answering questions; going down the hall to the OR ward; seeing the moments before anesthesia induction; and seeing a surgeon in the recovery room asking how the patient is doing and saying that the procedure went well.

Study authors enrolled 65 patients in a prospective randomized clinical trial of the technology from April 2018 through January 2019. Of these, 27 (41.5%) were randomly assigned to receive exposure to the virtual reality tour. The mean age of the participants was 64 years; 15 participants (55.7%) were men. The intervention group was given a pair of virtual reality goggles during a preoperative clinic visit that showed the 15-minute tour. Next, the group was given directions to put a mobile app on their cellphone or tablet, through which they could replay the full video or individual parts as much as they wanted before surgery. The control group received no prior tour. 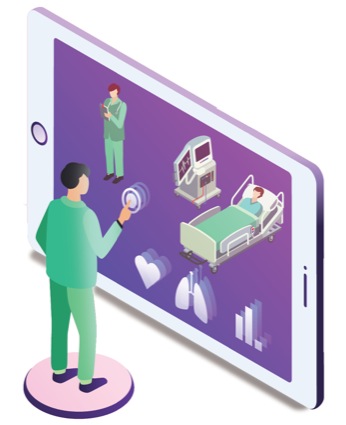 Investigators asked participants to complete the Hospital Anxiety and Depression Scale and the State-Trait Anxiety Inventory questionnaires at the time when surgery was offered, and again two to three weeks after surgery. Baseline scores were similar in the groups, with no differences between sexes or between patients over and under age 65. The results were not statistically significant, most likely because of the small sample size for analysis, Dr. Pena said.

“Virtual reality seems to be a promising tool in reducing preoperative anxiety, but further studies are required to fully validate this,” she said. “Age, surprisingly, does not seem to affect patients’ response to technology, and the goal is to extend this program to different types of surgeries and medical scenarios.”

A ‘Black Box’ for the OR

In another presentation, a surgeon from the Netherlands discussed how a black box–type recording of a procedure in the OR can be used for structured postoperative team debriefings to improve surgical safety (abstract ET011).

A significant number of intraoperative adverse events are preventable, but the incidence is unknown because they are not generally reported and studied, said Marlies P. Schijven, MD, PhD, MHSc, a professor of surgery at the Amsterdam UMC, University of Amsterdam Hospital. “It’s important to recognize what’s going on in the OR,” such as through team debriefings after surgery, she said. “It’s the only way to get better.” However, this culture in the surgical field is still lacking.

In a pilot program, Dr. Schijven’s hospital employed the OR Black Box (Surgical Safety Technologies), a medical data recorder developed by Canadian physicians, for 35 elective laparoscopic abdominal procedures. The technology incorporates multiple elements during procedures, including video and sound recordings of the OR; video from the laparoscopic camera; and patient monitoring data including blood pressure, pulse rate and oxygen saturation. This information is sent to the company, where it is analyzed using artificial intelligence algorithms and by a team of surgeons and human factor specialists. A detailed, time-stamped report is then sent back to the hospital, noting any aberrations or potential safety risks.

Dr. Schijven and her colleagues compared events registered by the system with instances observed and reported by the OR team during a multidisciplinary postoperative debriefing. In the 35 cases, the OR Black Box performance report identified and described 1,837 events, including 404 potential safety threats or aberrations. Examples of safety threats were unintentional protocol violations or a suboptimal workspace setup. By comparison, using the Surgical Team Assessment Record postoperative questionnaire, operating team members identified only 26.5% of aberrations. Prevalent resilience support events among the team members included surgical quality control and teaching. During the debriefings, the majority of potential adverse events discussed related to miscommunication and teamwork.

In a follow-up survey, 98% of participants said they would recommend that colleagues participate in an OR Black Box team debriefing, Dr. Schijven noted, with some reporting that they became more aware of their communication because of the data recorder. The technology is being rolled out to additional ORs.