If you still see this message after updating your profile, please email our support team
Helpdesk@McMahonmed.com
dcusyreuubducccrvqystf

The procedure marked a first for Ms. Hughes and for Boston Children’s Hospital.

“I had never taken care of a transgender youth before, and I had so many questions,” Ms. Hughes said.

Reviewing Morgan’s chart answered a few of them. Ms. Hughes learned that Morgan had endured depression, anxiety and abuse throughout his life. She learned that he preferred the name Morgan, even though his chart still listed his legal birth name.

Before the surgery, Morgan told Ms. Hughes that he had been “waiting such a long time for this.”

Morgan’s experience is not unique. Research shows that more than 60% of transgender people suffer from depression1 and 41% have attempted suicide2—almost 10 times the rates of the general U.S. population. A 2015 survey3 conducted by the National Center for Transgender Equality found that 68% of approximately 28,000 respondents did not have their preferred name or gender on their identity documents, and almost 10% were refused transition-related care. 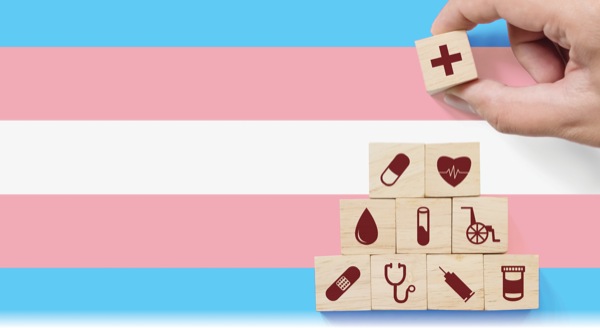 For Boston Children’s Hospital, this gender-affirming procedure was only the beginning. In December 2017, the hospital launched its Center for Transgender Surgery to provide care for transgender youth—the first, and only, such program established at a children’s hospital.

Demand for these procedures grew quickly. “We started seeing more and more transgender youth come to Children’s for care,” Ms. Hughes said. “My initial experience made me want to understand as much as possible about how to help kids like Morgan. The more I learned, the more I realized everyone needed this information.”

At the 2019 Association of periOperative Registered Nurses (AORN) Global Surgical Conference & Expo, Ms. Hughes presented the findings from her research. She discovered, for instance, that symptoms of gender dysphoria—the emotional distress that occurs when a person’s gender identity does not align with their sex assigned at birth—can present in early childhood through adulthood.

She also found that gender transitioning is deeply personal. Some people may transition socially or legally, which can include changing gender pronouns, names and clothing, whereas others may seek medical care, such as gender-affirming hormone therapy or surgery.

Having an affirmative and educated health care team to provide such care is critical, Ms. Hughes said, especially considering the alarming data on health disparities for transgender individuals. According to the 2015 U.S. Transgender Survey, 23% of respondents said they avoided medical care for fear of being mistreated. Of the 87% of respondents who saw a health care provider in the past year, one-fourth had to educate their physician about transgender people to get appropriate care and 3% were refused health care altogether.

“The sooner transgender youth receive necessary care, the better their quality of life will be,” Ms. Hughes said.

While a medical student at Stanford University, in California, Shane Morrison, MD, attended a talk that inspired his path forward in surgery.

Ben Barres, PhD, the former chair of neurobiology at Stanford (now deceased), spoke about his personal experience being transgender and the challenges he faced receiving appropriate care.

“When I heard his talk, I saw how social justice and surgery could come together,” Dr. Morrison said. “Plastic surgery is already about helping people feel comfortable in their body, and I wanted to apply that to caring for transgender patients.”

Currently a fifth-year plastic surgery resident at the University of Washington, in Seattle, Dr. Morrison has dedicated himself to understanding and improving health care quality, access and education for transgender patients.

To gauge the gaps in medical education, Dr. Morrison and his colleagues surveyed all program directors of urology and plastic surgery residency programs in the United States and discovered that a “substantial proportion” provide no education on transgender health topics (J Grad Med Educ 2017;9[2]:178-183). Overall, plastic surgery and urology residents were exposed to a median of one hour of didactics and two hours of clinical education on transgender patient care each year, and many had no didactic education or clinical exposure.

Given these gaps in care, Dr. Morrison has called for the Accreditation Council for Graduate Medical Education to incorporate transgender patient care topics and competency milestones into medical and resident education curricula for all fields of medicine.

“We, as health care providers, need to provide a gender-affirming environment for these patients that meets every person’s unique needs,” Dr. Morrison said. “I think there is a growing push for institutions to do better around gender care.”

At Boston Children’s Hospital, for instance, Ms. Hughes found an opportunity to improve knowledge about caring for transgender youth after staff scored 41% on a questionnaire covering the health care needs of transgender patients. To remedy this, she launched an education initiative, which included lectures, guest speakers and game show–style quizzes. On a follow-up survey given a year later, staff showed vast improvements, scoring a mean of 85%.

Education also needs to extend to front-line staff, according to Bernadette Smith, MBA, the CEO of the Equality Institute, an Illinois-based firm dedicated to consulting with businesses on harassment, diversity and inclusion.

At the AORN conference, Ms. Smith addressed how people in clinical customer service should approach patient care. Ms. Smith encourages staff to ask patients about their pronoun preference or the name they go by, instead of making assumptions, and advises steering clear of terms such as “sir” and “ma’am.” To improve a patient’s overall experience, she suggests that practices have a gender-neutral restroom as well as change the language on intake forms and electronic health records to be more inclusive.

“It may be easy to forget about front-line employees, but these are typically the first people patients will encounter,” Ms. Smith said. “Educating front-line employees with more details about pronouns, giving them knowledge on the spectrum of gender and sexuality, and backing up that training with practical experience are key.”

Even with growing awareness and education, “so many barriers to care for transgender people still exist,” said Randi Ettner, PhD, a clinical psychologist and the secretary of the World Professional Association for Transgender Health (WPATH). “The transgender population remains one of the most underserved communities.”

Although about a dozen institutions in the United States now have programs dedicated to transgender health, the U.S. health care system still has a long way to go. Dr. Ettner expressed concerns about religiously affiliated hospitals that refuse to provide gender-affirming care for patients. She also worries that the current administration has emboldened a backlash against transgender people.

But for hospitals and providers who want to make positive strides, Dr. Ettner recommends WPATH’s global education initiative training courses, which outline the standards of care for transgender patients and gender transitioning.

“Until we, in the United States, realize transgender people have the right to the same medical care others have and until discriminatory government policies are dismantled, we won’t see real change,” Dr. Ettner said. “The good news is that more and more people in health care and other industries are seeking education. We have already made great strides that I never thought I would see in my lifetime.”

In a little more than three months, the novel coronavirus has disrupted lives, financial markets, medical meetings and travel plans around the world.

Blame the Fool, Not the Tool

I have seen a few leaks, but they usually occur in the sickest patients—especially patients who come late and are septic, such as a patient...

Calgary, Alberta—Medical professionals might be underestimating the anaphylactic potential of chlorhexidine, one of the most common antimicrobial agents in the OR, according to a recent...
Archives
December 2019
September 2019
June 2019
March 2019
MORE
Copyright © 2004-2020 McMahon Publishing unless otherwise noted. OR Management News News and https://www.ormanagement.net are part of McMahon Publishing. All rights reserved. Reproduction in whole or in part without permission is prohibited.