If you still see this message after updating your profile, please email our support team
Helpdesk@McMahonmed.comrybcdurrteuuytft

Navigating the Transition: What It’s Like to Be Acquired

How to Make a ‘Good’ Merger

Over the past decade, health systems have been scooping up hospitals and physician practices at a growing pace.

Analyses show that more than 750 hospitals were acquired or merged between 2008 and 2014, with 115 deals made in 2017 alone. As of 2017, almost 30% of hospitals in the United States (1,749/6,210) were part of a network, and more than half operated within a system of multiple hospitals or alongside organizations providing pre- or post-acute care, according to the American Hospital Association.

The pressure for hospitals to consolidate has amplified over the past decade. “When you’re independent and out there on your own, it’s harder and harder to survive,” Dana M. Kopera, MBA, BSN, RN, CNOR, the clinical director of surgical services at UPMC (University of Pittsburgh Medical Center) Altoona, in Pa., and Bedford Memorial, in Everett, Pa., told OR Management News. “Although Altoona was profitable at the time of the acquisition, we saw that over the years we probably wouldn’t be able to stay that way unless we formed a relationship with someone bigger.”

After being acquired in July 2013 by the UPMC Health System, an expansive network of hospitals spanning across Pennsylvania and New York, Altoona Regional ultimately adapted despite various challenges, explained Barbara E. Nosek, MHA. 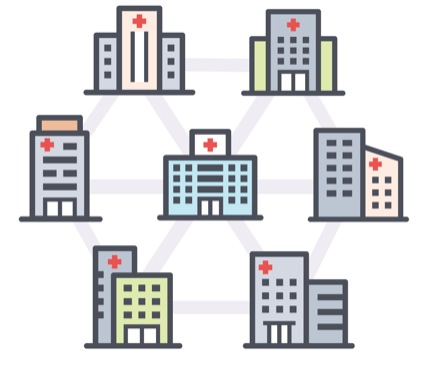 “When you join a large health system, you have to adopt new systemwide policies,” said Ms. Nosek, UPMC’s supply chain director. “Every policy and procedure needed to change.”

Altoona Regional had to update its surgical documentation system, switch many of its vendors and adapt to a different supply chain process. Transitioning to UPMC’s electronic health record system was a particularly difficult initiative, Ms. Nosek said. Some systems allow for cutting and pasting existing preference cards into the new system. But, in this case, Altoona Regional staff had to manually recreate more than 1,000 preference cards.

Despite the sweeping changes required, the transition came with notable perks. As part of the deal, UPMC Health System guaranteed a $250 million investment in Altoona Regional over 10 years to upgrade facilities and physician recruitment efforts. With these resources, Altoona Regional built a cancer center, purchased a surgical robot and began telemedicine services.

“We never had the capabilities to do video visits with patients, but now we are able to provide more coordinated care,” Ms. Kopera said.

Efficiency improved, as well. After becoming part of UPMC, Altoona Regional saw how poorly it measured up to other hospitals in the health system with regard to OR start times. “We reached out to our new peers at UPMC and adopted their OR processes,” Ms. Nosek said. “In a short period of time, we went from 19% of OR cases with on-time starts to 60%.”

Still, not everyone was on board with the acquisition. “We had to overcome resistance and gain support from employees,” Ms. Kopera said. What helped, she said, is that “the leadership at Altoona was very transparent with us about the pros and cons of being acquired, and kept us informed. It’s important to recognize how hard an acquisition can be on the institution being acquired, but it’s also important to be open to the changes to come.”

Making the Most of a Merger

For Altoona Regional, the merger promoted greater efficiency and advances in patient care. But, on a larger scale, does consolidation lead to improvements in health care?

Health care executives typically argue that it does—namely, that mergers and acquisitions help standardize clinical protocols and allow organizations to gain more clout in the health care marketplace. These advantages, they say, can improve efficiency, quality of care and costs.

But research indicates that health care consolidation has not lived up to its promise of higher quality at lower costs. A 2018 analysis, which examined financial disclosures from 104 health systems in the United States between 2015 and 2017, revealed that two-thirds experienced an average decline in operating income of close to 40%, which translated to $6.8 billion in potential lost earnings. These declines were largely driven by expenses growing faster than revenue.

Patients may pay more as well. “Overall, studies show that hospital mergers—both horizontal and vertical—tend to mean higher prices for patients,” said Jill B. Zorn, a senior policy officer at the Universal Health Care Foundation of Connecticut, in Meriden.

A recent analysis in Health Affairs found that an increase in acquisitions between 2013 and 2016—specifically hospitals that purchased physician practices in California—was linked to a 12% spike in marketplace premiums, 9% bump in specialist prices and 5% increase in primary care prices (2018;37[9]:1409-1416).

So how can health care leaders ensure mergers promote greater efficiency and better care at lower costs for hospitals and patients?

A 2015 perspective in The New England Journal of Medicine explored what a “good” merger in health care should look like and what institutions need to prioritize (372[22]:2077-2079). Specifically, Leemore S. Dafny, PhD, a professor of business administration at Harvard Business School, in Cambridge, Mass., and Thomas Lee, MD, a professor at the Harvard T.H. Chan School of Public Health, in Boston, focused on how institutions can limit expenditures as well as generate “real and measurable improvements in cost or quality” for patients. A merger can, for instance, promote cost efficiencies by allowing institutions to reduce the variety of products they purchase and negotiate lower prices from vendors.

“Proposed mergers may threaten robust competition—but they could also be moments of opportunity, which, if seized, could help providers make major advances in their ability to compete on outcomes and costs,” Drs. Dafny and Lee wrote. “We believe that clear specification of cognizable efficiencies with explicit accountability for their achievement is a key input to a ‘good’ merger.”

But, the authors noted, “higher-value health care will not result from good intentions alone; translating this ideal into reality takes vision, planning, and resolve.”