If you still see this message after updating your profile, please email our support team
Helpdesk@McMahonmed.comayewscfzsqzsxrbwcedwbyzycqfzwzydwx

In patients with unstable pelvic fractures, resuscitative endovascular balloon occlusion of the aorta (REBOA) could be a lifesaving temporizing measure and a bridge for both resuscitation and pelvic packing.

Presenting at the 2020 virtual annual meeting of the American Society for the Surgery of Trauma, Clay C. Burlew, MD, reported no deaths from acute pelvic hemorrhage in a cohort of severely injured and physiologically deranged patients (abstract 4). The largest study of strict protocol-driven use of REBOA for a single indication also showed no delays in intervention among patients receiving pelvic packing with adjunctive REBOA.

“One of the concerns about using REBOA is that delays real intervention, but our study actually demonstrated that there was not a delay in definitive hemorrhage control,” said Dr. Burlew, a professor of surgery at the University of Colorado School of Medicine, in Denver.

As Dr. Burlew explained, pelvic packing is an operative approach to pelvic fracture that addresses the venous or bony hemorrhage by direct packing of the preperitoneal space into the pelvic hematoma. Dr. Burlew and her colleagues published previous research showing that mortality with pelvic packing as the primary intervention for pelvic fracture bleeding is as good as with angioembolization, if not better, as the primary method. In 2015, they added REBOA to their pelvic fracture management protocol. For patients with systolic blood pressure less than 80 mm Hg, REBOA is considered as an adjunct for temporary hemorrhage control prior to pelvic packing. 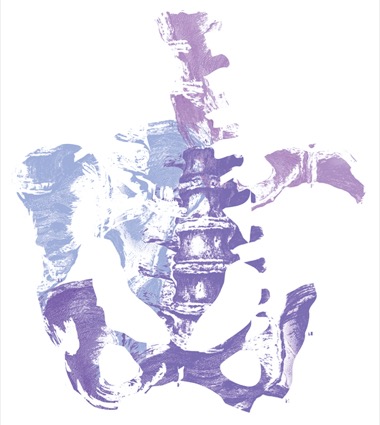 Patients who received REBOA prior to pelvic packing had a significantly higher injury severity score, lower systolic blood pressure and higher heart rate than those did not. Despite severe injury, there were no deaths from pelvic fracture–related hemorrhage.

“In our experience, pelvic packing with adjunctive REBOA in really severely deranged patients has the lowest mortality that we have demonstrated,” Dr. Burlew said. “This suggests that the combination of REBOA with pelvic packing provides lifesaving hemorrhage control in otherwise devastating injuries.”

The researchers plan to evaluate patients prospectively in future studies, but Dr. Burlew noted they do not have pans for a randomized trial.

“Patients with very low systolic blood pressure need REBOA,” Dr. Burlew said. “It’s not equipoise to randomize them to a different treatment. We will continue to monitor our protocol and adjust to optimize patient outcomes.”

Dr. Burlew acknowledged several limitations to this single-institution study. Although there was general support for placing arterial sheaths for patients with a persistent systolic blood pressure less than 80 mm Hg, not all patients with this recorded blood pressure received REBOA. Placement of the REBOA was ultimately the individual bedside decision of the trauma surgeon, Dr. Burlew said.