If you still see this message after updating your profile, please email our support team
Helpdesk@McMahonmed.comyfcdxxsa

The use of a steam vapor disinfecting system could drastically decrease the incidence of Staphylococcus capitis colonization and infection, according to a new study.

“The bacteria constitute a major challenge due to high levels of antimicrobial resistance,” Dr. Ory added. “All S. capitis NRCS-A strains are resistant to beta-lactams and exhibit reduced susceptibility to other antimicrobial agents commonly used in NICUs, including resistance or heteroresistance to vancomycin. To date, no usual prevention methods and hygiene procedures have allowed to control the diffusion of this NRCS-A clone.”

The researchers sought to evaluate the impact of infection control interventions to reduce S. capitis spread, and thus help manage health care–acquired infections in the NICU. From December 2012 through December 2017, they monitored patients presenting with positive sampling for S. capitis admitted to the two NICUs at the French University Hospital of NÎmes. 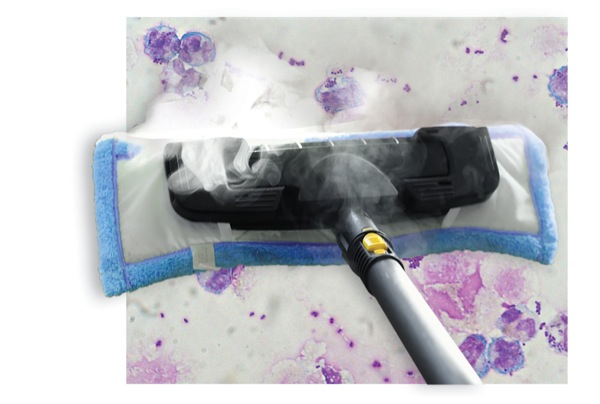 As part of continuing efforts to control infections, the hospital had implemented a Sanivap SV2900 steam cleaner to disinfect heating tables and incubators beginning in May 2015. Thus, the researchers categorized their data into four periods, and the incidence of S. capitis infection or colonization was calculated for each:

The incidence of S. capitis was found to be significantly higher during periods P1 and P3 compared with periods P2 and P4.

“Here we observed for the first time, to our knowledge, that the use of a steam vapor system could drastically decrease the incidence of S. capitis NRCS-A colonization/infection,” Dr. Ory said. “Using this machine, we have never isolated this bacterium in our NICU since February 2017.”

Dr. Ory noted that additional studies to examine whether the mattresses and/or incubators were acting as the reservoirs for S. capitis should be completed.

In the meantime, the team recommends the steam cleaner as an alternative to other infection control methods. “The efficient and safe method should be considered for replacement of the usual detergent-disinfectant method to fight against the public health threatening represented by the NRCS-A clone in NICUs worldwide,” Dr. Ory said.

yfcdxxsa Surgeons around the world are applying a robotic surgery platform to increasingly complex procedures and documenting their experiences. But few reports involve esophagectomy, and those...