If you still see this message after updating your profile, please email our support team
Helpdesk@McMahonmed.com
ddqeuzyqvezawxcvysarsbqzq

What Is a Minute Worth in the OR?

New Orleans—Saving time in the operating room not only saves money but also increases patient safety and satisfaction, and hospitals are honing in on ways to do that.

That did not include surgeon and anesthesiologist fees. 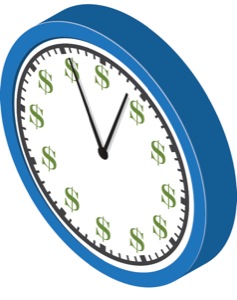 The per-minute cost of an OR procedure translates approximately dollar to dollar into an equivalent cost for a surgical delay, said Bonnie Denholm, DNP, RN, CNOR, the clinical program manager of Pfiedler Enterprises, who presented educational information sessions, Surgical Delays: Cause and Effect, at the Association of periOperative Registered Nurses 2018 Global Surgical Conference & Expo (activity 8003).

What causes surgical delays? “Miscommunication,” Dr. Denholm said, summing up a general view that a breakdown in communications among clinicians is a major factor. And the result of that miscommunication? Most miscommunications are about equipment, scheduling or procedures, she explained. Staff can’t start or continue working, and time is wasted. “The patient isn’t there; the surgeon isn’t there; the instruments aren’t there,” she said. “You want to maximize use of your OR time. When you have a surgical delay, it’s going to cost you money and affect your OR utilization.”

In May 2017, Geisinger Community Medical Center, in Scranton, Pa., had an average of 39% on-time start for first surgeries of the day, said Kathleen Tugend, MSN, RN, the director of surgical services at Geisinger. That was when Ms. Tugend and Rebecca DeVitto, BSN, RN, CNOR, the OR operations manager, launched the first-case on-time starts (FCOTS) initiative, with the goal of 75% surgical FCOTS (poster 81).

Ms. Tugend said they broke down the silos in which perioperative clinicians and staff work. They assembled a multidisciplinary team of more than a dozen colleagues to demonstrate how their interdependent roles affected others’ duties, and how a delay of only a few minutes in the start of the OR’s first procedure can snowball into more than an hour’s delay for the day’s last procedure. The result was a transparent system that could hold its members accountable and attain real-time solutions.

The process empowered each team member to be able to immediately call for assistance if there was a problem. “If someone has an issue, a barrier, they reach out, and we send troops in to help. If we have an instrumentation issue, as soon as I get the email, I’m emailing the manager of CSR [Corporate Social Responsibility] to drill down to report back to me what the barriers are and how we can solve it. We work through it so it doesn’t happen again.”

Ms. Tugend said changing the culture was crucial. “You can’t change the culture without the system for accountability, or you switch back to where you were before,” she said. “On a real-time basis, you hold people accountable for what their barriers were.”

At Geisinger, the team surpassed its target of 75% FCOTS. A year post-implementation, the team looks at on-time start data daily and has accomplished 80% to 90% FCOTS on many days. Ms. Tugend said the initiative, which launched on May 4, 2017, reached 100% FCOTS for the first time on May 8, 2018.

When OR nurses at Cedars-Sinai Medical Center, in Los Angeles, saw that first-case surgeries were starting late in their 56 ORs, delay codes in the facility’s electronic health record system indicated that 55 delays a month were related to instrument readiness, according to Vicki Kamida, RN, BSN, a registered nurse at the hospital.

In another AORN presentation, Ms. Kamida explained that each of the hospital’s ORs had its own process for identifying instrument needs, documenting those needs, and communicating them to the sterile processing department. “The lack of standardization for identifying and prioritizing first-case instrument needs across OR units had become a significant barrier to first-case instrument readiness,” she said (poster 8).

The OR RNs and sterile processing professionals developed a standardized Case Cart Assessment Checklist (CCAC) for every OR to identify instruments missing from case carts, Ms. Kamida said. Additionally, a standardized Needs List prioritized on-time delivery of first-case instrument needs. The CCAC and Needs List process resulted in a 36% reduction in first-case instrument delays from January 2017 to May 2017, she said.

As value-based reimbursement continues to increase in the ongoing shift from fee for payment, reducing surgical delays will only grow in importance, Dr. Denholm said. “If the patient and family are not satisfied, that will be taken into account. It’s a big issue.”

In a little more than three months, the novel coronavirus has disrupted lives, financial markets, medical meetings and travel plans around the world.

Blame the Fool, Not the Tool

I have seen a few leaks, but they usually occur in the sickest patients—especially patients who come late and are septic, such as a patient...

Calgary, Alberta—Medical professionals might be underestimating the anaphylactic potential of chlorhexidine, one of the most common antimicrobial agents in the OR, according to a recent...
Archives
December 2019
September 2019
June 2019
March 2019
MORE
Copyright © 2004-2020 McMahon Publishing unless otherwise noted. OR Management News News and https://www.ormanagement.net are part of McMahon Publishing. All rights reserved. Reproduction in whole or in part without permission is prohibited.