Nurses seeking higher wages might consider a return to school, a change of scenery or “leaning in,” according to a comprehensive study of perioperative nursing compensation in the United States.

The 2019 survey conducted by the Association of periOperative Registered Nurses (AORN) identified several important factors that influence salary. Findings showed that nurses with a master’s degree and a doctorate earned $5,300 and $12,800 more in base compensation, respectively. After controlling for a multitude of variables, researchers also reported significant differences in salary related to geographic region and sex, with female nurses earning $3,700 less than their male counterparts.

It was the shortage of perioperative nurses, however, that researchers highlighted as the study’s biggest takeaway.

“Results of our survey suggest that the nursing shortage is getting worse,” said lead author Donald Bacon, PhD, a professor of marketing at the Daniels College of Business at the University of Denver. “The median percentage of vacant full-time nursing positions was 9%, which is the highest we’ve ever seen, and more than two-thirds of facilities reported at least one open position.”

Based on 5,708 unique responses from staff nurses and high-level managers, data from the 2019 survey showed a threefold increase in open nursing positions, which was just 3% in 2013. More importantly, the nursing shortage may be harming the quality of patient care, with 48% of survey respondents reporting having to cancel or delay procedures. 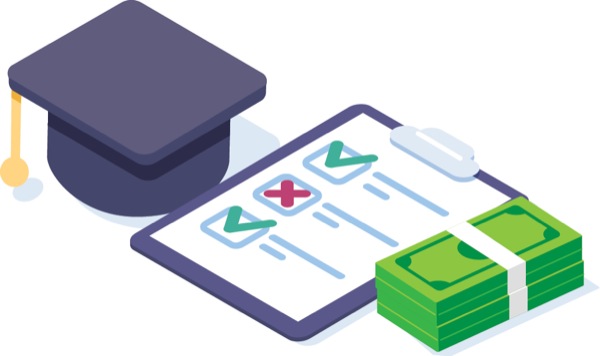 “We’re starting to see canceled and delayed procedures, which costs facilities money if patients decide to go to another hospital,” said Dr. Bacon, who cited insufficient compensation (45%), workload (40%), and lack of qualified nurses (40%) as reasons for the nursing shortage. 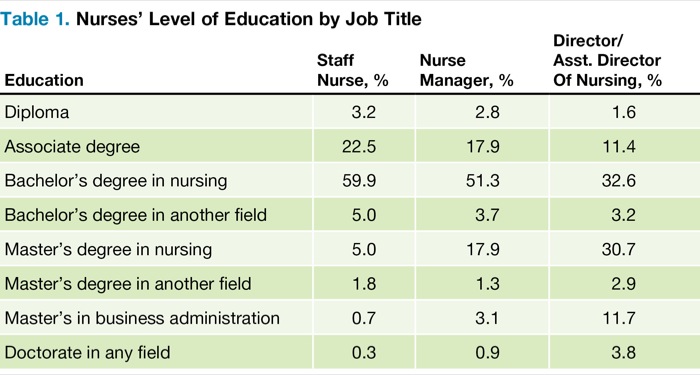 “As an educator, I was hoping to see a $20,000 per year improvement with a bachelor’s degree, but that is not what our data suggest,” Dr. Bacon noted. “Nevertheless, the analysis has already controlled for job title, and a nurse’s education level may well affect the level of responsibility attained.”

Although lack of a degree does not necessarily hinder achieving a higher-paid position in nursing, approximately 30% of nurse managers and directors had a master’s degree. Nevertheless, researchers could not determine whether the position itself or the degree was the factor affecting salary.

“It’s possible that facilities are using higher levels of education as a screen for upper management positions or it could be that nurses who obtain [a] master’s degree are more ambitious,” Dr. Bacon said. “It’s hard to say what the causal relationship is.”

Janet Weiner, PhD, MPH, the co-director for health policy at Leonard Davis Institute of Health Economics, University of Pennsylvania, in Philadelphia, said that while there are many market forces that shape nursing compensation, there is clear evidence that a better nurse work environment in hospitals and advanced degrees in nursing are associated with increased quality of patient care.

“Obviously, if you have more nurses, you have a higher payroll, but research by Dr. Linda Aiken has shown that having nurses care for fewer patients with mandated minimum staffing ratios in California, for example, leads to lower mortality rates,” Dr. Weiner said.

As Dr. Bacon reported, the AORN survey results also showed a statistically significant correlation between sex and nursing compensation, with men receiving approximately $3,700 more per year. Sex has been a significant factor in eight of the last 10 analyses, said Dr. Bacon, who noted that female nurses earned 92% of the pay of male nurses based on 2019 data. Despite this wage gap, researchers noted that this pay ratio was the highest among 10 professions analyzed by the American Association of University Women.

“Although a pay gap exists, women in nursing appear to be treated more fairly concerning compensation than they are in other professions,” Dr. Bacon observed. “At the same time, since this is [a] female-dominated field—approximately 90% of nurses are female—you’d think compensation would be more favorable toward women. Women might not lean into the workplace as much as they could.”

The survey’s total participant size was large enough to make meaningful estimates of differences in compensation among states. Of the 26 states with sufficient sample sizes, eight states showed significantly different effects from what their regions would suggest, but Dr. Bacon pointed to three outliers: California, Massachusetts and Texas.

“Nurses in California made $40,500 more than the model estimate, while nurses in Massachusetts made $28,600 more,” said Dr. Bacon, who added that Texas may be in an even more attractive financial position. “Interestingly, nurses in Texas have an average compensation level $5,400 higher than the base model, but a cost of living eight points below the national average.”

After controlling for all the variables in the regression equation, researchers found a small but significant correlation between base compensation and job satisfaction. For each 1-point increase in satisfaction (on a 5-point scale), nurses earned an additional $1,400, but compensation was only the fourth most frequently cited source of job satisfaction, Dr. Bacon said (Figure 1). Survey results showed that 71% of satisfied nurses reported “the job itself” as the reason for satisfaction, followed by “coworkers” (66%) and “benefits” (53%). On the other hand, among dissatisfied respondents, “management” was cited most frequently as the source of dissatisfaction (71%), followed by “compensation” (48%). 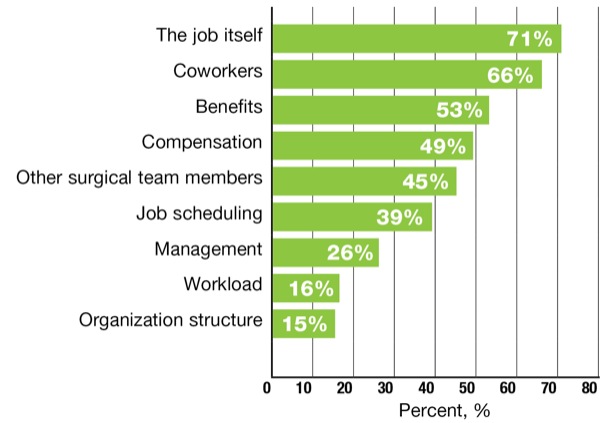 “A common thread throughout our qualitative analysis was the passion felt by nurses for their job. These people work incredible hours and they deal with a lot of stress, but they also feel like they’re making a difference every day,” Dr. Bacon concluded. “For many nurses, the job is a calling, and the work environment is a source of great value for their lives.”

Drs. Bacon and Weiner reported no relevant financial disclosures. The survey study was sponsored by AORN.