Business Management
MAY 18, 2020
Physician Involvement in Value Analysis Improves Outcomes, Saves Millions
A Surgeon-Led Committee Saved One Hospital More Than $2 Million on OR Purchases in 2018

New Orleans—Over the past decade, hospitals across the United States have been working to cut costs and simultaneously deliver high-quality care to patients.

However, when it comes to health care, the United States continues to vastly outspend other countries. Last year, U.S. health care costs ballooned to an estimated $3.65 trillion, translating to close to $11,000 per person—numbers that far outstrip spending in other developed countries.

To counter skyrocketing costs, some hospitals are piloting value analysis efforts. Many of these initiatives focus on streamlining the purchase of pricey surgical tools—or preference items—which include knee and hip implants, pacemakers and hernia mesh, and make up a significant portion of a hospital’s expenses.

But the success of such efforts may hinge on a factor that can be easily overlooked: physician participation. 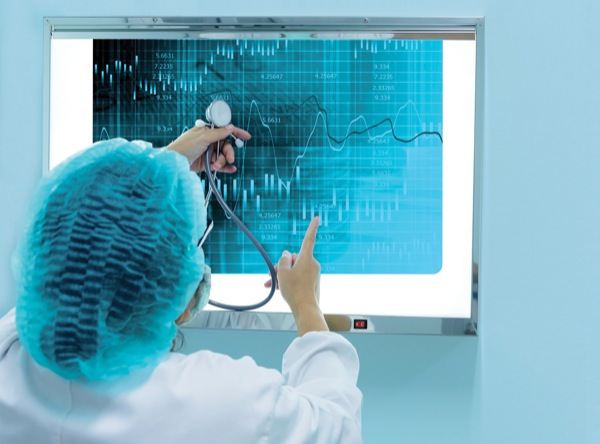 “Historically, surgery and business have not gone hand in hand,” said Brendan MacKay, MD, an orthopedic surgeon at the University Medical Center (UMC) Health System, in Lubbock, Texas. “The reality, however, is that if surgeons don’t become involved in the business of medicine, they lose their say. Being involved also forces surgeons to critically evaluate what tools they’re using and whether the tools really improve patient care.”

At the 2019 OR Manager Conference, Dr. MacKay and his colleagues discussed how the value analysis program at UMC was transformed after physicians were brought on board in 2018.

“We started a hospital-wide value analysis initiative in 2012, but weren’t seeing the savings we had hoped,” said Adonica Dugger, DNP, RN, CNOR, an administrator of surgical services at UMC, who took over the surgery value analysis program in 2014. “The missing piece, we found, was that the people leading the effort were not clinicians.”

The first hint that surgeon buy-in might be critical to the success of this effort came in 2015, Dr. Dugger explained. UMC had hired an orthopedic surgeon who preferred to use total joints from one vendor, which charged significantly more than its competitors. When Dr. Dugger took a closer look, she found that patient outcomes were not better and their costs were higher. After Dr. Dugger discussed these issues with the surgeon, he agreed it was time to switch vendors.

“That year, we saved $1.2 million from changing one vendor,” Dr. Dugger said. “That’s also when we saw how important it was for surgeons to be part of the value analysis process from the beginning.”

In 2018, UMC introduced a physician-led committee to the value analysis process. For requested items costing more than $2,500 annually, the physician council conducts peer reviews to determine whether the new products are clinically necessary.

“Initially, I wondered whether the physician council was just going to rubber-stamp everything,” Dr. Dugger said. “But surprisingly, I find that our physician committee denies stuff all the time.”

Surgeon buy-in also has made the approval process work more efficiently. “Involving surgeons in the process made them more aware of the cost implications and clinical importance of their requests,” Dr. Dugger said. “Physicians were able to weed out requests, so by the time an item reaches the executive value analysis team, it is almost always approved.”

Dr. MacKay, who is part of the physician committee, added: “The physician-led committee turned into a kind of self-policing. We can always have a newer, shinier thing, but we are also asking ourselves and each other, ‘Is it helping the patient?’”

So far, the addition of a physician-led committee has had a big impact on savings. The hospital saved over $2 million on OR purchases in 2018. As of September 2019, savings have already reached $2.5 million.

“The idea is if we can save money on certain things while providing equal or better care, we can invest that saved money into other ventures that can further improve patient health and make life better for physicians,” Dr. MacKay said.

Drs. Dugger and MacKay agreed that such initiatives need to remain a work in progress, Dr. Dugger said. For instance, scheduling and communication can be a challenge, given everyone’s busy schedules. Dr. MacKay noted he initially found it difficult to get his colleagues excited about value analysis. “After a while, though, most physicians saw that the project wasn’t hurting them; it was just making everyone think more critically about how their choices impacted costs and outcomes.”