If you still see this message after updating your profile, please email our support team
Helpdesk@McMahonmed.comcszdzydredzscaaxaafusyafryfectsyyzsx

New Orleans—Elderly trauma patients, an ever-increasing population, may experience just as much pain control from oral medication as from IV acetaminophen, according to new research.

“Rib fractures are the most common chest injuries in patients over the age of 65, and pain is the most common symptom after rib fracture. We wanted to see if oral acetaminophen was as effective at controlling pain as IV acetaminophen,” said Andrew C. Antill, MD, a third-year general surgery resident at the University of Tennessee Medical Center, in Knoxville.

To do so, Dr. Antill and his colleagues randomized patients aged 65 years and older with at least one rib fracture to either IV acetaminophen plus oral placebo or IV placebo plus oral acetaminophen. Their primary end point was a mean reduction in pain score at 24 hours; they also evaluated opioid use, ICU and hospital length of stay, use of adjunctive pain control, and development of pneumonia. 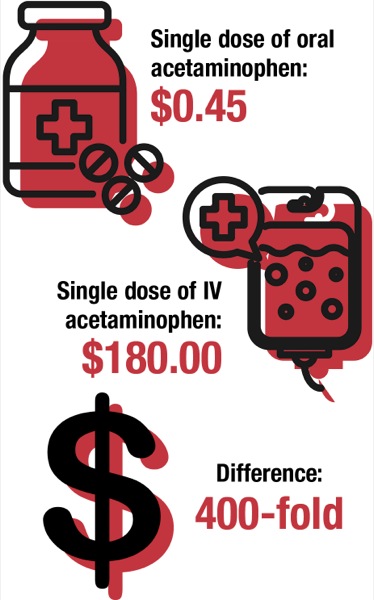 Ultimately 138 patients were included in the final analysis, with 63 in the IV drug and oral placebo group, and 75 in the oral acetaminophen and IV placebo group. There was no statistically significant difference in the reduction of pain; at 24 hours, both groups reported a mean pain score reduction of 1 point.

Dr. Antill presented his research at the 2020 Southeastern Surgical Congress.

Philip Ramsay, MD, a general and trauma surgeon in Atlanta, affiliated with Wellstar Atlanta Medical Center, called the paper important and relevant given the aging population.

“We are seeing more elderly trauma patients; we’re trying to decrease the use of opiates; and we are expected to provide excellent health care while decreasing health care costs,” Dr. Ramsay said.

He observed, however, that nearly 35% of patients were excluded due to missed doses of medication and documentation of doses given; he questioned the accuracy of the pain scores. 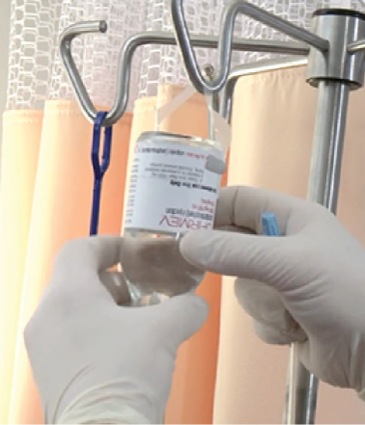 “We had specific documentation marking every dose of medication and documenting pain scores, so I would think they were pretty accurate,” Dr. Antill said.

One limitation is that the study reached only 30% of required power. It was performed over a three-year period, after which it ran out of funding. “But it was clear by then that there wasn’t a difference,” Dr. Antill said. “There is an opportunity here for further research in a generalized trauma study in a multicenter setting.”

Over the past several months, a multitude of medical organizations have either canceled or postponed their 2020 iterations. For some of these professional societies, planning...
Archivescszdzydredzscaaxaafusyafryfectsyyzsx
June 2020
March 2020
December 2019
September 2019
MORE
Copyright © 2004-2020 McMahon Publishing unless otherwise noted. OR Management News News and http://www.ormanagement.net are part of McMahon Publishing. All rights reserved. Reproduction in whole or in part without permission is prohibited.