If you still see this message after updating your profile, please email our support team
Helpdesk@McMahonmed.comwcqsdqteffvrqdrcaryzfasadf

Increased risk for gastrointestinal bleeding was not related to use of nonsteroidal anti-inflammatory drugs (NSAIDs) following joint surgery, according to a new study.

“While we were recommending that physicians prescribe longstanding, or several weeks of, NSAIDs after surgery, it became apparent to us that it was unclear that this was a safe practice,” said Andrew Fleischman, MD, the lead author and a resident at the Sidney Kimmel Medical College at Thomas Jefferson University, in Philadelphia. “While the risks of opioids are obvious, it is less clear what other risks NSAIDs may pose, especially since patients may be at increased risk for GI complications in the postoperative period due to the stress of surgery and use of venous thromboembolism prophylaxis.”

In this retrospective study, Dr. Fleischman and his colleagues reviewed the records of 28,794 patients who underwent hip or knee replacement surgery at their institution. Post-discharge medication use and any additional factors for bleeding were followed. Nurse navigators made phone calls to patients at 11, 30 and 90 days after surgery to inquire about GI bleeding. The researchers also identified additional episodes of GI bleeding using call administrative codes, call logs and clinical dictations. The study was presented at the 2019 annual meeting of the American Society of Anesthesiologists.

There were 74 patients (0.26%) who experienced GI bleeding within 90 days of surgery, and 34 of them were hospitalized. Median duration of NSAID use was 3.5 weeks. Patients who experienced GI bleeds were older and more likely to have a history of GI reflux or ulceration than those without these characteristics. Variables that predicted GI bleeding included anticoagulant use (odds ratio [OR], 2.0; 95% CI, 1.2-3.4), non-aspirin antiplatelet agent use (OR, 3.3; 95% CI, 1.4-7.7), and aspirin use (OR, 1.7; 95% CI, 1.0-2.7). Rates of GI bleeding were not associated with type of surgery, comorbidities or body mass index. 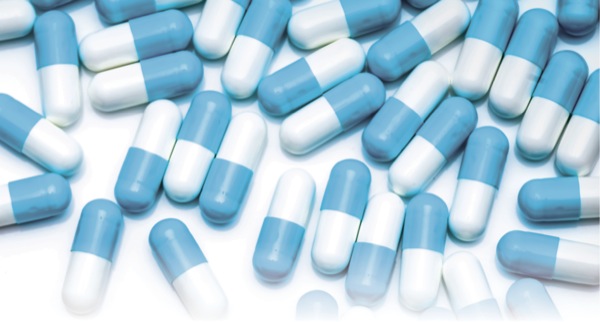 Dr. Fleischman offered advice on the optimal dosages of NSAIDs. “In order to get the most benefit from adjunct analgesic medications, especially acetaminophen and NSAIDs in the postoperative period, it is important to prescribe these medications on a standing-dose schedule to be taken every day. Instead of attempting to treat pain as needed, the goal is to prevent onset of pain with nonopioid medications.”

For providers who may be concerned about NSAID use in the postoperative setting, Dr. Fleischman thinks that with this study, they can be confident that increasing NSAID prescribing postoperatively will not come with increases in GI complications.

“While there are certain patients who may not be good candidates for extended prescription of NSAIDs, it is not difficult to identify these patients and adjust prescribing practices,” he said.

Dr. Fleischman noted that patients with a history of peptic ulcer disease, as well as those taking non-aspirin antiplatelet agents and anticoagulants, demonstrated the highest rates of GI bleeding.

“While physicians need to consider the clinical scenario and use good clinical judgment, NSAIDs can be administered safely for an extended duration after surgery,” Dr. Fleischman said.

“NSAIDs are effective analgesics even after major surgery such as lower-extremity arthroplasty,” said Dr. Mariano, who is also a member of the Anesthesiology News editorial advisory board. “When given in the right patient population, meaning [those patients] not at elevated risk for GI bleeding, NSAIDs are not associated with an increased odds of GI bleed according to this study. This doesn’t mean give NSAIDs to everyone, but it does provide assurance that the current level of screening for contraindications to NSAIDs may be working.”

Dr. Mariano also said, “While multimodal analgesic protocols are now commonly recommended for surgical patients, they should be considered checklists and not recipes. They should prompt anesthesiologists to consider using categories of nonopioid analgesics when no contraindications exist, but the actual prescribing should be individualized as appropriate.”

wcqsdqteffvrqdrcaryzfasadf
Known colloquially as “flesh-eating bacteria,” necrotizing soft tissue infections carry significant morbidity and mortality, but the risk for death is dropping, according to data presented...