The Unintended Harm That Comes From a Volume Model

As surgeons, we love to be busy in the OR. We tend to compete on our volume of cases and boast about the number of operations we’ve performed—often overestimating. I’ve even heard physician practice administrators laugh about how easy it is to increase surgeon productivity just by letting them know another surgeon has a higher volume. I remember responding in that competitive way of thinking early in my career, too.

At the height of the volume model in my surgical practice, I was performing surgery in two and sometimes three ORs at the same time. I would go back and forth between rooms with a fellow in one, a resident in another, and sometimes a consultant OB-GYN or neurosurgeon in another that I was helping on a part of their case. The rule is that I had to be scrubbed in for the “critical” portions of a procedure. This meant that sometimes a fellow or resident had to wait for me to get to a point in another OR case and couldn’t proceed with the procedure until I was able to scrub in again.

I was always overbooked in clinic. It seemed like “I’m sorry I’m late” was added to my last name—as in, “Hi, I’m Dr. Ramshaw; I’m sorry I’m late”—whenever I walked into an exam room to meet a patient. I would try to spend as much time as needed with each patient, and that is partly why I would run late.

And it got worse over time as patient problems seemed to get more and more complicated. This led to more and more stress on operating days because the eight to 12 cases I needed to book to hit my productivity targets were being filled with patients who had increasingly challenging problems. We saw more obesity, more patients with prior abdominal operations, more extreme conditions, all leading to more difficult operations that took longer to perform. This meant that my OR days gradually increased from ending at about 6 or 7 p.m. to finishing in the OR regularly at 8, 9, or even after 10 p.m. 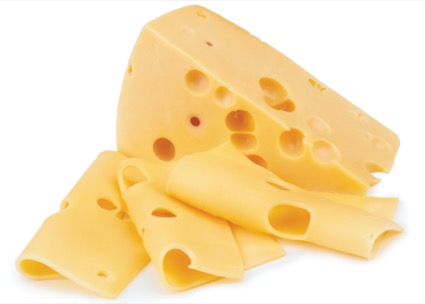 About once a month or so, I would be operating on elective cases after midnight. This was not only potentially harmful to patients but not healthy for me. Like many of us, I had cognitive dissonance about my volume. At the time, I truly believed it was a good thing to do as many cases as possible on a surgery day. The dissonance went like this:

I’m an expert in my field, so the more operations I can do a day, the more people I’m helping; therefore, I should continue to figure out ways to maximize my surgical volume. It’s good for the patients I’m helping; it’s good for the hospital, which receives most of the revenue I generate; and it’s good for me—good for my reputation, my contribution to clinical research, and, of course, for my salary.

But objectively, I was not healthy, and eventually something was bound to happen under the stress of this volume. It eventually did—the worst complication I’ve ever had that was directly related to my surgical performance. I was doing a very large complex ventral hernia repair that was located on the lower abdomen of a patient who had more than 10 prior attempts at repairing the hernia. After that many failed hernia repairs, the hernia was huge. It was late in the afternoon when I began the hernia repair laparoscopically. It was a challenging case that was very frustrating due to the size and location of the hernia as well as extremely dense scar tissue. At one point there was bleeding from a vessel up in the hernia sac, which I thought was the inferior epigastric artery. I applied a 5-mm clip that easily stopped the bleeding.

Because it was such a difficult operation and because I had concerns about the possibility of a missed or delayed bowel injury—and possibly because I was due to be in another OR, I don’t remember—I decided to stop the operation and keep the patient in the hospital for observation, returning to the OR to place the mesh a few days later.

I never did get the chance to return to the OR to fix the hernia. Immediately after the surgery, I went to the family waiting room to explain what had happened, how difficult the surgery had been, and why I wanted to wait a few days before completing the hernia repair. I typically just called the family on the phone after an operation because I was usually late and needed to scrub into another OR as soon as possible, but my gut told me I needed to talk to the family in person.

Complications in a complex environment like health care are known to not have a single root cause. Despite all the root cause analyses that have been attempted in health care, the reality is that when a major complication or death occurs, many factors have contributed to that bad outcome that have all lined up in just the wrong way. This is called the “Swiss cheese model” from safety science, meaning that when all of the holes in slices of cheese line up in just the wrong way, a bad outcome can occur. There is not one cause.

In the case of my patient’s complication, the factors that could be contributory included patient factors, like the size and location of the hernia; the severity of the scar tissue; the possibility that the patient was obese or smoked (again, I don’t remember); my health and my busy schedule, which added to my stress; an OR environment that may not have supported others to speak up; the anesthesiologist’s decision to keep the patient intubated overnight because they were so busy with other cases (the volume model doesn’t just affect surgeons); the ICU nurse and resident surgeon doing the post-op check not doing a complete physical exam—they both had documented throughout the night that the patient had full and equal pulses in both feet and both legs were warm and felt normal.

I learned of one other factor in retrospect. There was an anatomic anomaly due to all of the prior operations and scar tissue. That anomaly, combined with the fact I was viewing a 2D screen, led to my misperceiving that the bleeding vessel was the inferior epigastric artery when it was actually the femoral artery. With all of those factors lined up in just the wrong way, we didn’t know what had happened until the next morning when the patient was extubated and immediately screamed, “My leg hurts!”

I don’t blame the people who were caring for the patient that night. I’ve learned how important it is in health care to move away from a culture of blame and create a just culture for an optimal safety environment.

I was called immediately, and I scrubbed out of the operation I was in to go see the patient. I was confused, because my brain still couldn’t comprehend that the artery I clipped could be the femoral artery. I thought there must be a blockage from a blood clot or some other reason for the lack of blood flow to the lower extremity. I consulted vascular surgery, spoke with the family about the need to return to the OR, finished the case I was doing, and then delayed additional cases so I could observe the vascular surgeons as they attempted to help my patient.

I became nauseous as I watched the vascular team identify the blockage. It was the surgical clip I had placed more than 12 hours earlier. An amputation of a portion of the patient’s leg was eventually required. It is a terrible trauma for anyone to tell a family about the loss of life or a limb after a tragic accident. But it’s even more traumatic when that accident is actually the mistake a surgeon made during a procedure.

Devastated, I left the OR to immediately talk with the family. I was fortunate that the patient and family were kind and understanding people. I had learned by then how important it is to apologize and transparently explain all of the details about what happened when there is a bad outcome, especially a medical or surgical error. I tried to see the patient every day during their recovery on the vascular service, even after the patient was transferred to a rehabilitation unit. I know I contributed to a much worse quality of life for that patient and their family because of my surgical error.

I’ve learned since then that the volume model that I was functioning in was also a contributing factor to this patient’s outcome. During the time in my career when I maxed out volume, I gained weight due to poor eating habits and not making time to exercise. Today, I weigh about 60 pounds less than I did then. My day usually started with a stop for a fast-food breakfast near my home, eating in the car on the drive to work, then stopping at another fast-food restaurant after work around 10 p.m. or later for dinner to eat on my drive home. In between I would wolf down something for lunch somewhere in the middle of the day. I remember the hospital cafeteria egg salad sandwiches were pretty good.

During the past few years, the awareness of the potential harm to patients and physicians in a volume model has been raised. There has been a growing concern about the practice of concurrent operations and the systemic nature of physician burnout and suicide. But we need to do much more. If a system is unjust, we shouldn’t teach conformity—we should change the system.

A personal note to this patient and family: If you somehow read this article, please know I am again deeply sorry about the suffering you experienced from my surgical error. Please also know that your suffering is one of my many motivations to work toward the transformation of health care from a system based on volume to one based on value for patients.

Dr. Ramshaw is a general surgeon and data scientist from Knoxville, Tenn., and a managing partner at CQInsights. He is a member of the editorial advisory board of OR Management News.