If you still see this message after updating your profile, please email our support team
Helpdesk@McMahonmed.comxyszrztyxsvrftfusebarsfascvtta

In Findings That Will Surprise No Physician, It’s a Lot; Studies Link Time Spent to Burnout 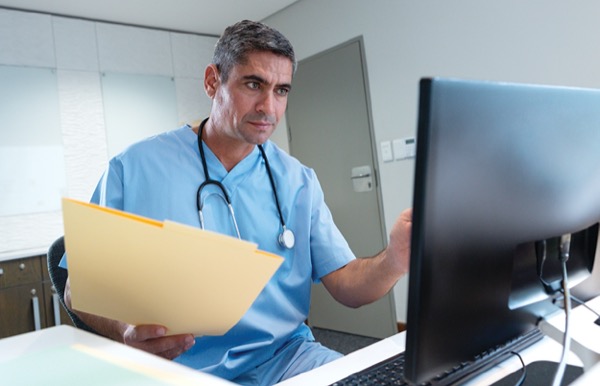 “We hope to raise more awareness about how our time is spent as we care for patients,” said Morgan Cox, MD, a general surgery resident at Duke University Medical Center, in Durham, N.C.

Doctors voiced their dissatisfaction loudly in a survey of 30,000 physicians, published in Mayo Clinical Proceedings (2020;95[3]:476-487 ). They gave EHRs an overall grade of F for usability.

These frustrations exacerbate physician stress levels and burnout, research has shown. Another study looked at physicians in a multispecialty practice and found that doctors who received a higher number of in-basket messages by the EHR were more likely to experience burnout and had an increased intention to reduce their clinical workload (Health Aff [Millwood] 2019;38[7]:1073-1078).

Despite this mass adoption, usability remains low. Physicians and other health care workers are burning out, leaving their practices, and taking their own lives at alarming rates. “This is a crisis in our practice, and resources must be put in place to address it,” Dr. Erdahl said.

Health care organizations need to commit more time, money and personnel to reducing the burdens on physicians, she said. Efforts are underway to improve technology to support EHRs. Amazon recently introduced a virtual medical scribe, Amazon Transcribe Medical, which can transcribe doctor–patient interactions and upload the text straight into the medical record. Nuance Communications Inc., together with Microsoft, and Google also are working on developing their own “digital scribes.”

xyszrztyxsvrftfusebarsfascvtta The Fall 2020 Digital Edition of OR Management News